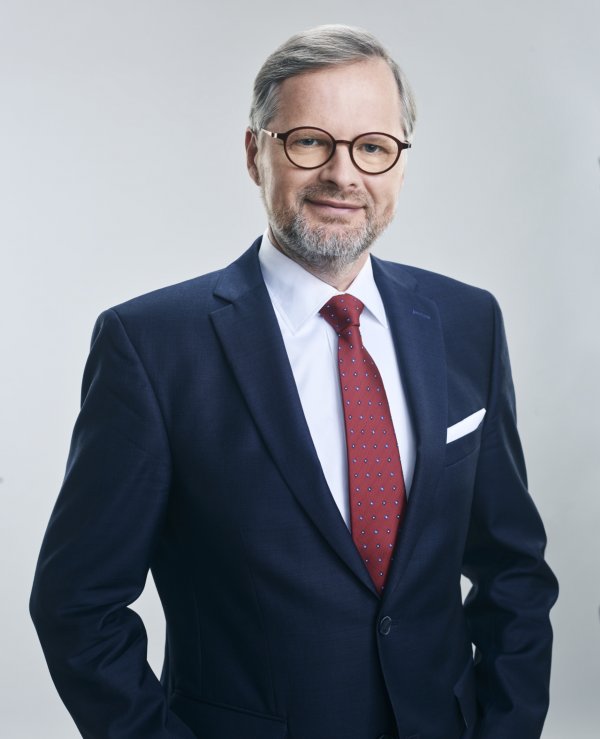 Prime Minister of the Czech Republic

The past three years have been a challenge not only for the Czech Republic, but for the whole world. Everyone, including individuals, companies and public institutions have in some way been affected by the COVID-19 pandemic and consequences of the measures aimed at combatting it. However, the crisis has again shown the validity of the well-known saying that “where there is crisis, there is opportunity”. Companies, institutions and countries that strive to innovate and to always be among the best have emerged from the coronavirus crisis successfully in economic terms and some have even grown stronger.

Unfortunately, as one crisis was coming to an end, a new problem arose with the Russian invasion of Ukraine. In addition to unleashing the horrors of war, Russia’s aggression has fully exposed another of our weaknesses, namely our dependence on external sources of energy. The common goal of the public and private sectors will now be to reduce this dependence and to change the way our economy works. The Czech government is prepared to take up this challenge and to exploit it for the purpose of modernising our country – and I believe that you and your respective companies will be key partners for us in this area. The coming years will not be easy, but if we can manage to get through them together, as I am convinced that we will, then we will be significantly stronger and more competitive than we are today. 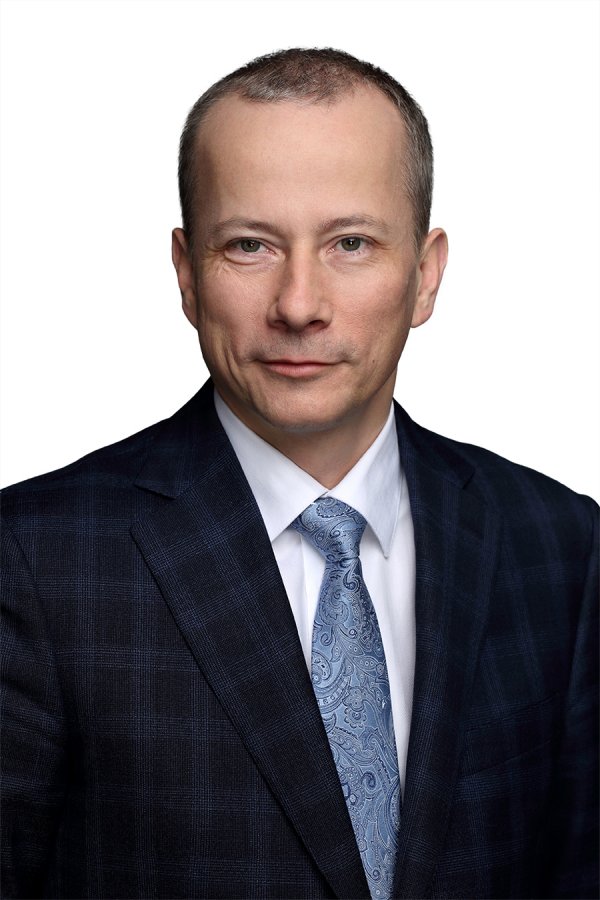 Chairman of the Association for Foreign Investment

I have the greatest pleasure to present you this brand-new website Czech Business Guide. This guide is comprised of contributions of leading experts in each of their respective fields in the Czech Republic and provides crucial and necessary help to foreign investors and their advisors interested in the Czech Republic.

The Czech Republic is the destination in Europe that provides an ideal mix of good return on investment, reasonable costs, strong ideas, potential for future development, superb human capital and an enthusiastic working environment, and is a place where it is fun to live and start a business. All that even in times of major changes and challenges. The coronavirus crisis has changed the world, but it has also shown how we need to think about opportunities, which are there for the taking. Investment in the Czech Republic is such a opportunity.

This year 2022, will bring about a restart of investment activity and our country will be at the forefront of it.

As much as I do not aspire to predict the future, I have a few good arguments as to why the Czech Republic will continue to succeed as a safe place for investment for both Czech and international investors. Our well-educated people, institutional and political stability, excellent access to major European markets, safe environment and high quality of living – none of that has disappeared, nor will any of it disappear any time soon. All of these factors will still be here to ensure a stable return on your existing or future investment, which is something that you may not see in many other countries. Also, at this time of expected deglobalisation of supply chains, the Czech Republic ticks all of the boxes as a target for new investment within the EU.

And I wish to highlight one particular area. The European Green Deal policy will have a massive impact on our economy and there are many fields where investing in the Czech Republic may start a continent-wide venture utilising the Green Deal challenges.

For all of these reasons, I remain optimistic about our future and your future with us as well. Our Association for Foreign Investment will be here to help you succeed.

We have become the first point of contact for foreign investors in the Czech Republic and we are ready and able to help all new and existing investors to enter the Czech market and orientate them in the local environment and to provide them with assistance if and when it is needed. Our members are leading international and Czech companies that provide a comprehensive range of services for investors on the Czech market, as well as for Czech investors abroad. In conducting our activities, we closely cooperate with CzechInvest, the Ministry of Industry and Trade, the Ministry of Foreign Affairs and other public and private institutions in the Czech Republic and abroad.

I am convinced that this guide will serve as a trustworthy source of information that you find useful in your strategic decision-making. We will welcome your feedback, opinions and suggestions on how to improve it. Please get back to me at kamil.blazek@afi.cz with any ideas or comments you may have regarding this guide or the topics covered or not covered in it. 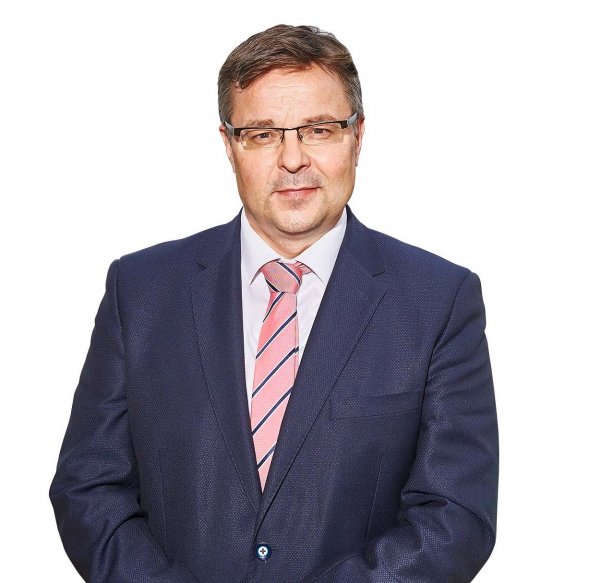 Located in the heart of Europe, the Czech Republic has been a prosperous country throughout its modern history. As a developed country with an open, trade-oriented economy, the Czech Republic is one of the thirty most advanced and competitive countries in the world, with an excellent position in the index of economic freedom. It is also the ninth safest country in the world. Having an effective legal environment, healthy banking system and stable political culture, the Czech Republic provides you with favourable conditions for investments.

In recent years, we have marked several significant historical milestones, such as the anniversaries of the country’s accessions to the EU, NATO and the OECD, that have not only shaped the Czech Republic’s position in relation to other countries, but have also had a key impact on the Czech economy. Moreover, in 2022, the Czech Republic will become the capital city of the EU during our presidency of the Council of the European Union.

However, as important as it is to remind ourselves of our history and celebrate milestones, it is essential, especially with respect to investments, to focus on the future. Even though the global pandemic has affected the Czech Republic and its economy, we can still rely on our modern export-oriented economy, as the country ranks among the 30 largest exporters worldwide. Czech companies focus on technologies, R&D and innovations in the long term. Our main goals include cultivation of an effective start-up environment, innovation centres, smart investments, digitalisation of the public sector and more, all while profiting from the most industrialised environment in the EU. Regarding the pandemic, our way to recovery is simple – we want to take advantage of our ongoing tradition of manufacturing, advances in innovation, open investment climate and advantageous location in Central Europe. Our economic diplomacy builds on the brand “The Czech Republic – the Country for the Future”, which emphasises qualities such as scientific potential and advanced research, well-developed industry, favourable accessibility and highly skilled people in various fields of industry.

Based on estimates for 2022, the Czech Republic should continue to maintain the status of a country with favourable macroeconomic stability. For this year, stable economic growth of around 4.3% and the lowest unemployment rate in the EU of around 2.3% are expected. In terms of world trade, the Czech Republic confirmed last year its position as an eminent world exporter based on the world trade rankings, where it was ranked as the 27th largest exporter and 28th largest importer worldwide. The Czech share in total exports is also remarkable, reaching 1.1% despite the fact that the Czech Republic is a small country with only 0.14% of the world's population.

Even though the aforementioned qualities draw a certain picture of the Czech economy, potential foreign investors need to look further into many different variables before investing. Keeping this in mind, Czech economic diplomacy has undergone progressive development while interconnecting the work of governmental and non-governmental actors, employing diverse instruments, working on new strategies and supporting Czech companies inside and outside the borders of our country. This collaborative environment has shaped the Czech Republic into one of the most successful transition economies in terms of attracting foreign direct investments. Speaking on behalf of the Ministry of Foreign Affairs, I highly appreciate all of the steps that the AFI, CzechInvest and other institutions are taking to support companies based in the Czech Republic. I wish you a lot of success in the years to come. 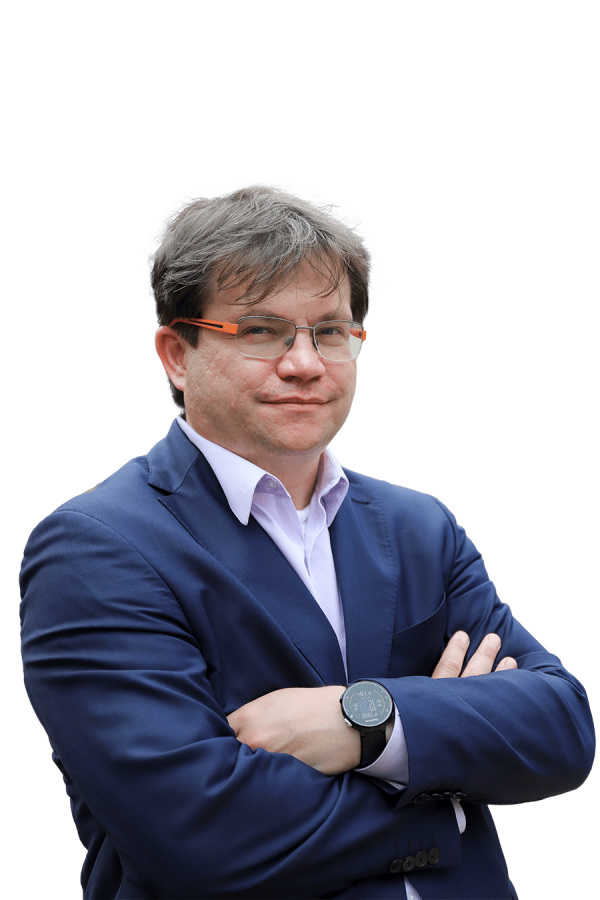 Deputy Minister of Industry and Trade

Even though we all anticipated that 2021 would be the year when we could return to normal life as we knew it before the pandemic, the opposite was true. It was a year full of expectations and sudden reversals. With its new mutations and waves, the COVID-19 pandemic had an even greater impact last year than in 2020. However, it was admirable how the economy or, better said, companies were able to rapidly adapt to the new conditions.

Although the macroeconomic indicators unambiguously confirm the negative effects of the pandemic in the form of lower GDP growth and rapidly rising inflation, which is most evident in the energy industry. This new situation has aided the creation and development of new technologies and has literally kicked the digital economy, e-commerce and development and production of medical devices into a higher gear, while unprecedentedly giving rise to new activities in the pharmaceutical industry.

Several sectors in the Czech Republic, especially the business services sector, have experienced a significant increase in the number of services provided. This also shows that the Czech Republic provides a robust environment for investments, including, for example, resilient and high-quality digital infrastructure. We have also noticed increasing investments in digital reskilling in the business sector, which has greatly improved the response to the COVID-19 crisis.

Though it may not be obvious, the rapid development of sectors directly affected by the European Green Deal is also connected to the pandemic situation. Both the global health situation and climate change are integrally associated with the new challenges facing humanity. Companies, private investors and the public sector are thus focusing on the strategic areas of resilience, sustainability and energy self-sufficiency oriented toward renewable resources.

These are all issues that are opening up unprecedented scientific, innovation, business and investment opportunities. The year 2021 was an example of this. Interest in private investment increased again, the Czech Republic’s economy took off again despite all of the difficulties facing it, and the unemployment rate practically did not increase and remains among the lowest in the EU. In 2022, we have to face an even greater challenge. The war in Ukraine is an unprecedented act of aggression that cannot be accepted in the global community of democratic nations. This crisis can unite us even more than before and I believe that the democratic world will be stronger in the end. In the Czech Republic, we will support a wide range of activities that will increase the resilience of society and the economy in Europe. It will also bring forth new investment opportunities and we at CzechInvest are ready to help exploit those opportunities.

The year 2022 will be challenging in many respects. But together we can come out of the ongoing crises stronger, more resilient, more competitive and more innovative. I wish you all the best in 2022!