Regions of the Czech Republic

The City of Prague is the capital of the Czech Republic, which is located in Central Europe. It is not only the nation’s largest city, but is also one of the country’s 14 autonomous regions. Prague is the cultural and economic centre of the Czech Republic, accounting for a quarter of the country’s GDP. The city has a rich historical and architectural heritage and its historical centre has been listed as a UNESCO World Heritage site since 1992.

According to the PICSA Index, Prague ranks 13th out of 113 world cities in terms of quality of life. Prague is also ranked as the 26th best location in the world for study according to international students. FDi ranks Prague as the second best small European region of the future in terms of business friendliness. Prague is a cosmopolitan city with one of the best public transportation systems in Europe. Prague is ranked second in the CEE region in terms of sustainable development, is the third largest European City of the Future (human capital and lifestyle) and sixth most developed region in the EU.

The City of Prague is ranked among the world’s top 50 cities for start-ups and among the top three Eastern European ecosystems for start-ups and scale-ups. Prague won first place in the European Enterprise Promotion Awards 2019 at the national level and was shortlisted at the European level in the Improving the Business Environment category. Prague is also a city of science and research and the capital of satellite navigation, as it hosts the headquarters of the European Global Navigation Satellite Systems Agency. Prague’s ESA Business Incubation Centre is the first facility of its kind in the CEE region focused on developing technologically progressive start-ups that use space technologies and systems. Prague also hosts the Prg.ai initiative, which has the long-term goal of transforming the city into one of the global hubs of artificial intelligence (AI) by focusing on creating an active AI ecosystem, reversing brain drain, attracting AI researchers, educating AI talents, incubating AI start-ups and innovating businesses.

Central Bohemia is the largest region of the Czech Republic and encompasses the nation’s capital, Prague. The region contains a total of 1,144 municipalities in 26 administrative districts. The region has strong ties with Prague and its location has a significant influence on its economic characteristics. There are many important and valuable historical sites in Central Bohemia, including two UNESCO heritage sites and several protected landscape areas.

development is aimed at making it a leader in the implementation of technologies and innovations. The region has attracted significant investments in science and research, and top research centres of transnational importance have been established here, e.g. ELI Beamlines and HiLASE in the field of lasers, BIOCEV – Biotechnology and Biomedicine Centre of the Academy of Sciences and Charles University in the area of medical research and drug discovery, and the University Centre for Energy Efficient Buildings of the Czech Technical University in Prague. In addition, the Central Bohemia Innovation Centre supports implementation of innovations and the local business environment, from startups to expansions of companies to foreign markets. Its task is to bring together research centres and companies with the aim of developing the region’s innovation potential. Since 2015, it has helped more than 200 companies with product or service innovation. 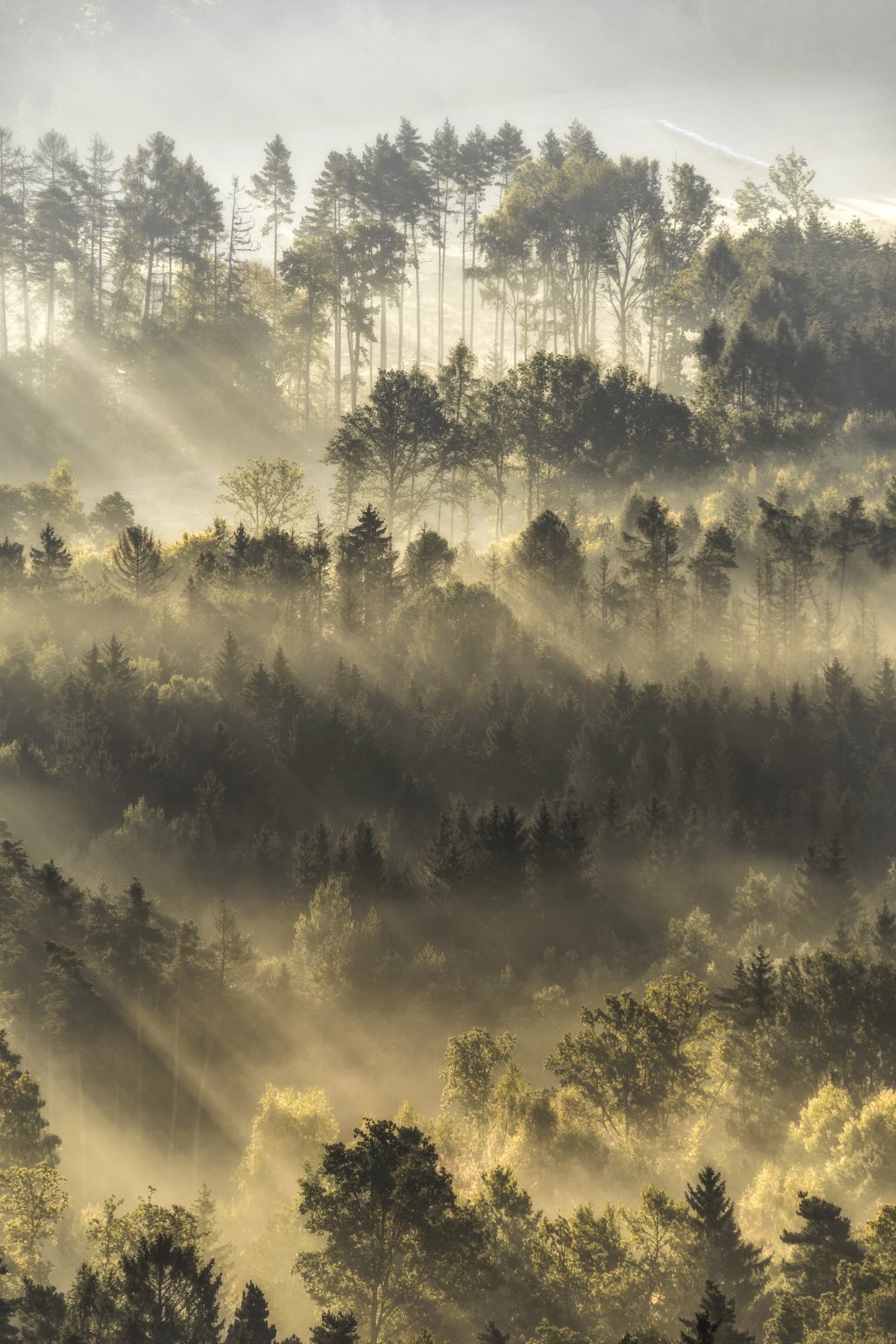 The South Bohemia Region is located in the southwestern part of the Czech Republic and shares its southern border with Germany and Austria.

South Bohemia has a long history of fish farming, with 25,000 hectares of ponds accounting for half of the Czech Republic’s fish production. Agriculture also remains very important to the region’s economy. Strong emphasis is placed on sustainable agriculture, which is very often associated with the production of locally specific foods. Agriculture is presented annually at the Země Živitelka international trade fair. Brewing is a traditional sector that today is represented not only by large breweries such as Budweiser Budvar, but also by small local mini-breweries. There are many industrial enterprises in the region (for example, Motor Jikov, Bosch, Jihostroj, Engel, Schneider Electric and Viscofan, among others), as well as companies operating in the food industry (Madeta, Budvar, Fruko-Schulz). Other large companies include KOH-I-NOOR Hardtmuth and Stabilo.

South Bohemia is a frequent destination for tourists, who take advantage of the region’s extensive tourism infrastructure. The renown of South Bohemia’s historical monuments reaches beyond the region’s borders, as the city of Český Krumlov and the unique village of Holašovice are on the UNESCO List of World Heritage Sites. The region is also a place for active leisure; in particular, the Lipno Lake area offers year-round activities, including a popular ski resort focused on families with children.

The region also has a strong science and research base supporting collaboration between universities, scientific institutions and the business environment. In the field of natural sciences, South Bohemia is an important centre at the national and, in some extraordinary cases, global levels.

In the future, the South Bohemia Region wants to focus on projects in the areas of infrastructure, education, healthcare and the environment, as well as development of historic sites and smart regions.

The Karlovy Vary Region’s geographical location on the border between Bohemia, Bavaria and Saxony has always presented and remains a challenge for logistics e.g., limited transport infrastructure. For example, 500 years ago, its natural wealth gave birth to the precursor of the dollar, the Jáchymov silver tolar, and later was instrumental in the discovery of the element radium. It also offers materials for production of porcelain and glass and is home to the world-famous Karlovy Vary International Film Festival. The region offers an international airport and, of course, is well known for its mineral waters and spas.

The spa industry and balneology are characterised by the so-called spa triangle formed by the cities of Karlovy Vary, Mariánské Lázně and Františkovy Lázně, which is also on the UNESCO List of World Heritage Sites. The significance of traditional industries, such as glass and porcelain production, cannot be ignored, and local companies such as Moser and Thun are globally renowned in the field. The largest industrial employers in the region include Sokolovská uhelná, which produces electricity and mines brown coal, and WITTE Nejdek, which develops and manufactures automotive locking systems. Traditional engineering production has great potential in the region and the portfolio of traditional companies has been enriched by the arrival of the prominent automotive brand BMW, which is constructing a testing centre with a polygon for autonomous cars.

approximately 7,000 students at one public university - University of Pardubice

Located in the centre of the Czech Republic, the Pardubice Region will be ranked among important transport hubs in the near future due to the development of road, rail, air and water transport. It is an attractive region thanks not only to its high degree of safety, housing quality, health and life satisfaction, but also to its long industrial tradition. The decision two nearby cities – Pardubice and Hradec Králové – to join forces in the implementation of Integrated Territorial Investments in the Hradec-Pardubice agglomeration, thus further enhancing the area’s attractiveness, has proven to be the right step. The dominant role in the region’s economy is played by the manufacturing industry, which is driven by enterprises buttressed by their own research. The region is home to large companies that develop, produce and sell innovative final products and are competitive on the European and global scale, as well as innovation champions among small and medium-sized enterprises with a significant proportion of their own research at the international level, particularly in radio technology, chemistry and biomedicine. A positive aspect is that three-fourths of research funding comes from the private sector. Basic research is conducted at the University of Pardubice, which is developing successfully and where new space for collaboration is being opened. The P-PINK business incubator, whose operation is focused on active support for start-ups, was established in 2018.

The Pardubice Region offers a combination of beautiful countryside and magnificent history, arts, captivating music and all possible kinds of sports. The most important events undoubtedly include Smetana’s Litomyšl Festival, the Grand Pardubice Steeplechase and the Golden Helmet. The region is also associated with the taste of Pardubice gingerbread and the presence of horses, which are an essential part of the region. When visiting the Pardubice Region, you will be able to familiarise yourself with the local traditions including handicrafts, see numerous castles and chateaux, ancient military forts and fortifications, urban conservation areas and many attractive examples of Renaissance, Baroque, Art Nouveau and modern interwar architecture.

The Vysočina Region is situated in the centre of the Czech Republic. Thanks to its strategic location between the two biggest Czech cities (Prague, Brno) and near the border with Austria, it is easily accessible both by road and by rail. There are also two international airports – Prague and Brno – within easy reach.

The region’s well-developed industrial manufacturing comprises traditional sectors such as the automotive industry, metalworking, mechanical engineering, wood processing and the furniture industry, as well as the newly growing sectors of industrial automation and IT. There are a number of highly innovative companies that are competitive on the European and global scale not only in these sectors, but also in the electrical engineering and energy industries. More than 98% of the region’s R&D funding comes from the private sector.

The Vysočina Region has a well-educated and flexible workforce. As for tertiary education, there is the young but rapidly developing College of Polytechnics Jihlava, which offers study programmes in the fields of electrical engineering and informatics, technical engineering and applied technology, economics and management, tourism, midwifery, healthcare and clinical social work.

The Vysočina Region has many positive attributes including its rich cultural and natural heritage, beautiful landscapes and a pristine and safe environment. Together with the region’s talented population, these are among the many good reasons to invest here.

Moravia-Silesia is a dynamically developing region with a changing image. Originally reliant on heavy industry and infamous for the negative effects of that, the region is being transformed into an important technological centre. Digitalisation and young technological companies are transitioning the region away from coal and steel towards Industry 4.0. Currently, the number of people working in the region’s IT industry is equal to those working in metallurgy. The region welcomes innovations and focuses on research and is enhancing its enterprising approach while keeping pace with the times and development. The Moravia-Silesia Region is on the right path and is taking specific steps in the area of environmental protection, developing healthcare and social care, strengthening its communities and interconnecting generations. It stresses education, supports culture and sport and generally strives hard to be more attractive and a great place to live.