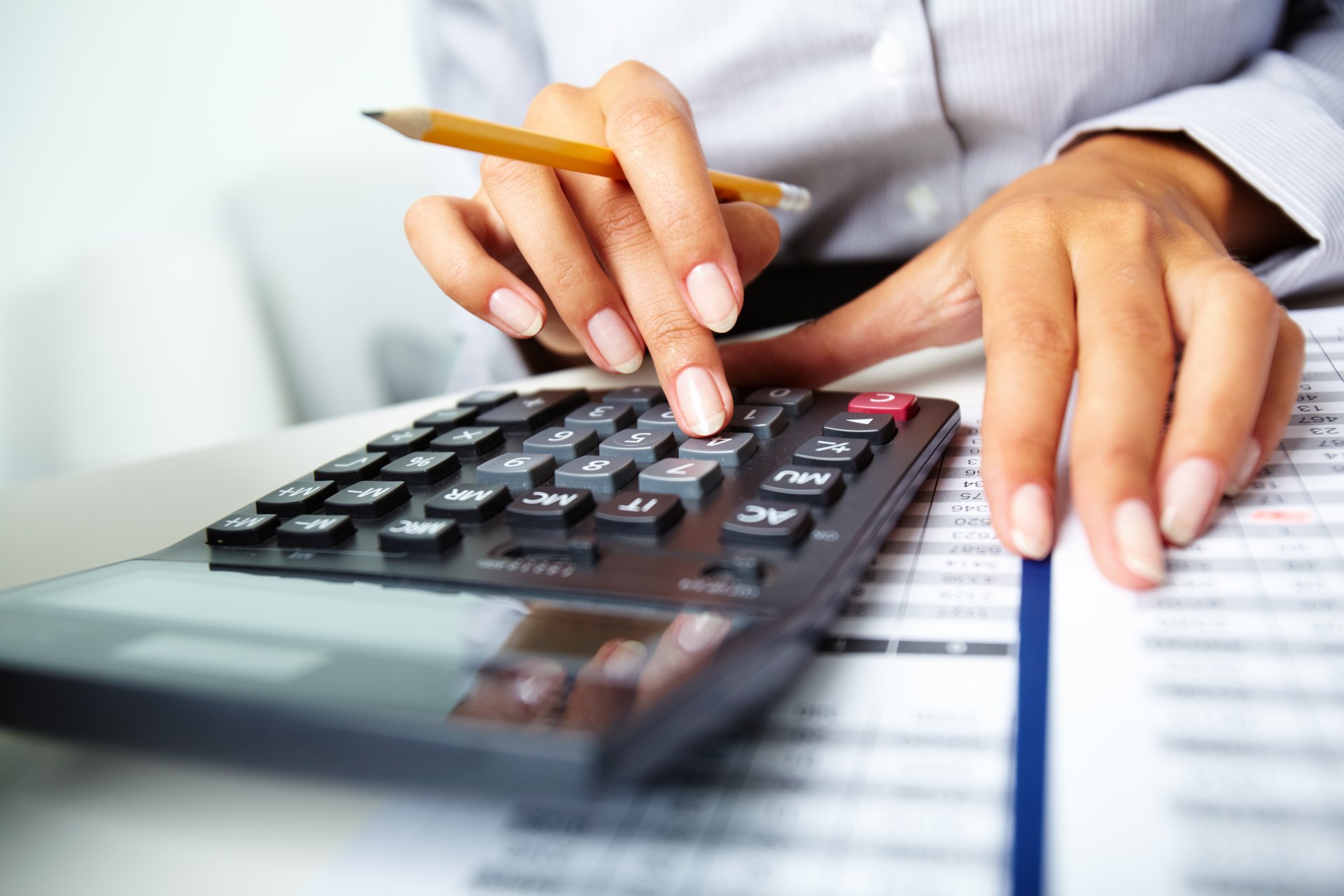 Many countries strive to attract foreign direct investment (FDI), as the knowledge brought by multinationals is likely to spill over into domestic industries and increase their productivity. Local governments typically use different investment incentives to support FDI inflow. However, incentives need to be complemented with liberal exchange control rules, a healthy banking sector and functional financial and capital markets to allow for efficient financing of individual investments.

The Czech Republic has been a member of the European Union since May 2004 and it fully complies with the key principles of free trade and capital flows. Therefore, there are virtually no restrictions or administrative burdens for foreign investors with respect to providing equity contributions or intercompany loans to finance their investments and, conversely, to repatriating profits from their investments through payment of dividends or to repaying intercompany loans. The country’s legislation and regulations also permit the utilisation of liquidity management structures and investors can efficiently manage their intragroup funding through all types of local and cross-border target balancing and cash pooling systems. If investors need external funding in the Czech Republic, they will find a very modern, safe and competitive banking sector. There are 51 entities with banking licenses on the Czech market (as at December 2021). Two of these are owned by the Czech state, while most of the remaining 47 institutions are either branches or subsidiaries of foreign banks. In terms of market share, the local banking sector is quite concentrated on loans and roughly 53% of all loans are held by the four leading banks (as at September 2021). The Czech banking sector is very safe, with strong liquidity (average loan/deposit ratio of 66% as at September 2021), high capital adequacy (average Tier I capital ratio of 22.5% as at September 2021; see chart) and good asset quality (average share of non-performing loans to resident and non-resident clients of 2.4% as at November 2021). As a result, local banks are able and willing to extend financing to all viable foreign investments in the Czech Republic at very competitive prices in domestic and foreign currencies. Local banks offer all types of funding products, from plain vanilla financing (investment loans, working capital financing, overdrafts) through trade, export and asset-based finance (buyer’s credit, factoring, forfaiting, structured trade finance, real estate financing, leasing), to structured finance (club and syndicated loans, acquisition and leveraged finance, project finance), all of which support foreign investments throughout all stages of their lifecycle. Larger investments can be financed through debt and equity capital markets that offer deep and liquid distribution to both domestic and international investors. The Czech Republic boasts the best ratings (S&P and Fitch: AA-, Moody’s: Aa3, all of which are stable) of all the CEE countries and its sovereign strength is positively reflected in sought-after corporate issuance in CZK and EUR. Thus, the local capital market has proven to be the most active when compared to its CEE peers. The individual funding instruments are typically used in combination in order to create the optimum capital structure and to minimise financing costs. Corporate issuers can also make use of hedging of the interest-rate and FX risks related to the chosen funding structure. The Czech Republic is an open, export-oriented economy with liberal exchange control regulation, a competitive banking sector and efficient financial and capital markets. As such, it offers a broad range of financing instruments to foreign investors, which can efficiently fund and manage financial flows related to their investments in the Czech Republic. 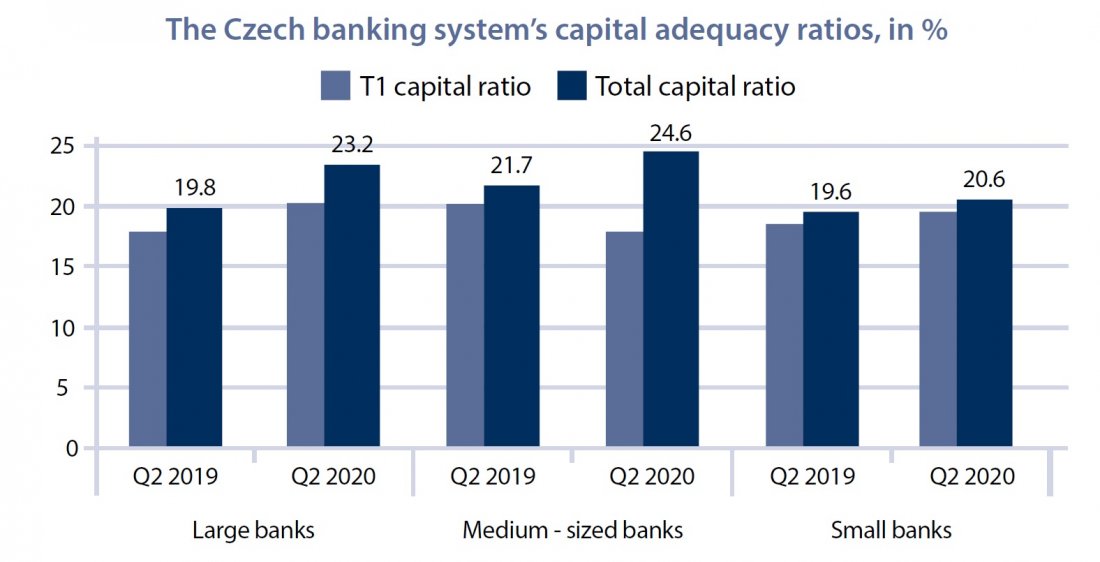 The Czech Republic: a converging economy with opportunities

Due to lower initial starting conditions, the degree of economic development in the Czech Republic measured by GDP per capita in purchasing power standard is still somewhat lower than the European Union average. However, the Czech Republic, thanks to its higher average growth, has been converging towards EU levels and, in terms of GDP per capita, it has already overtaken several older EU and euro-area member states. The country’s growth potential is expected to remain strong for the foreseeable future. The Czech Republic has benefitted from its membership in the European Union and from its close economic integration with the euro area. The share of trade with the euro area is around 65%; the country’s largest trading partner is Germany, followed by Slovakia. Skilled and competitive labour is one of the comparative advantages of the Czech economy, along with political stability and geographical and cultural proximity to its euro-area trading and business partners. The Czech economy has therefore attracted a sizable regular inflow of foreign direct investment. Close ties with German manufacturing create strong demand for the quality of Czech production and have contributed to rapid technological advances. The Czech economy’s potential is supported by its economic policies. The country’s independent monetary policy proved an advantage in the economic crisis and its aftermath. Since its introduction in 1998, the central bank’s clear strategy of inflation targeting has proven effective in steering long-term inflation expectations in the economy towards healthy levels.

While the figures on general government debt are worsening throughout Europe due to the COVID-19 pandemic, the Czech Republic is likely to keep its position near the low end of spectrum, reflecting a long-term tendency toward a relatively disciplined fiscal policy. The ratio of government debt to GDP is expected to peak well below 50% in the mid-2020s and then decline thanks to economic growth. 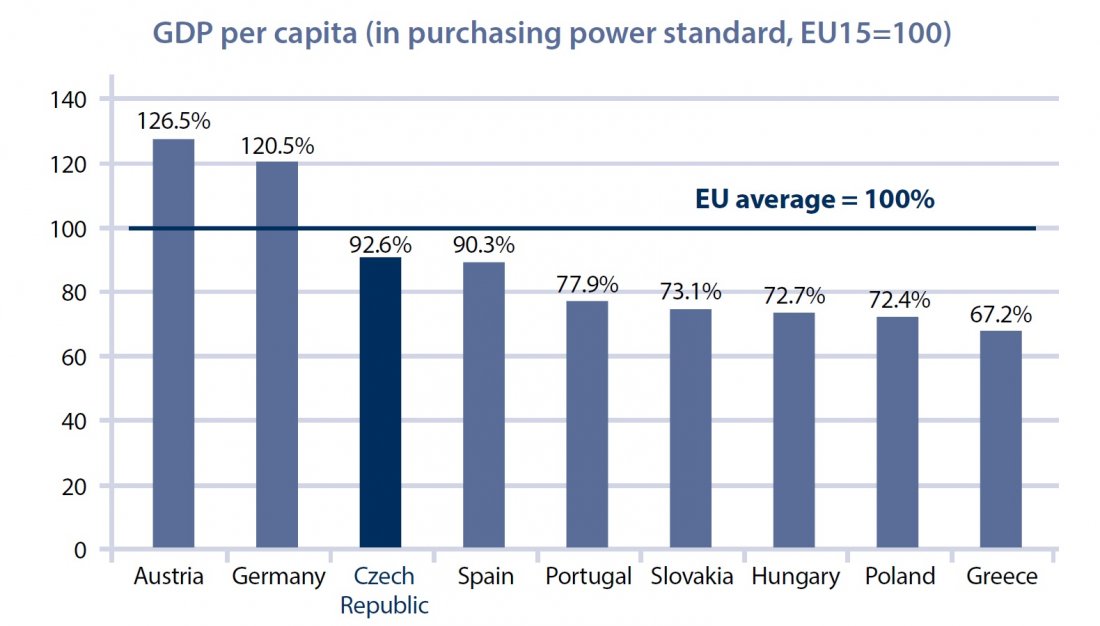